“For me, each book has individual personality and it has narrative and history like a human being.” J. Kwon

Kwon first studied at the Fine Art at Chung-Ang University of Seoul, then she obtained an MA from Camberwell College of Arts of London. Currently she lives and works in Italy.

The concepts of destruction and re-creation are important elements of her artistic process, and they are also background concepts in Milan Kundera’s book The unbearable lightness of being. In this link starts the thin line connecting Jukhee Kwon’s books’ sculptures and Kundera’s masterpiece.

For who has never heard his name, Milan Kundera (1929) is a Czech writer and poet, one of the most outstanding author of the twentieth century. He currently live in Paris with his wife, where he has moved in the 70’s. The unbearable lightness of being (1985) carries within its fascinating plot the unique style of the author; Kundera writes of the little and subtle indefinable events, nonetheless devastatingly crucial, occurring in the lifetime of any person. The descriptive language with which Kundera outlines all the being’s facets arises from the essence of the Universal meaning, similarly to Jukhee Kwon’s carved paper sculptures. I believe that Kwon’s boundless imagination and Kundera’s ability of capturing the unbearable lightness of being are part of the same story, not written yet, but the one that we feel it must be right.

Here you go then an extract of Milan Kundera’s masterpiece illustrated by Jukhee Kwon’s delicate sculptures. If in my previous article about Anne Manley and Francisco Coloane I stated that paintings narrates stories and books describe images, in this case I would rather say that books can be read through infinite interpretations, visual, intellectual and emotional.

The unbearable lightness of being, M. Kundera 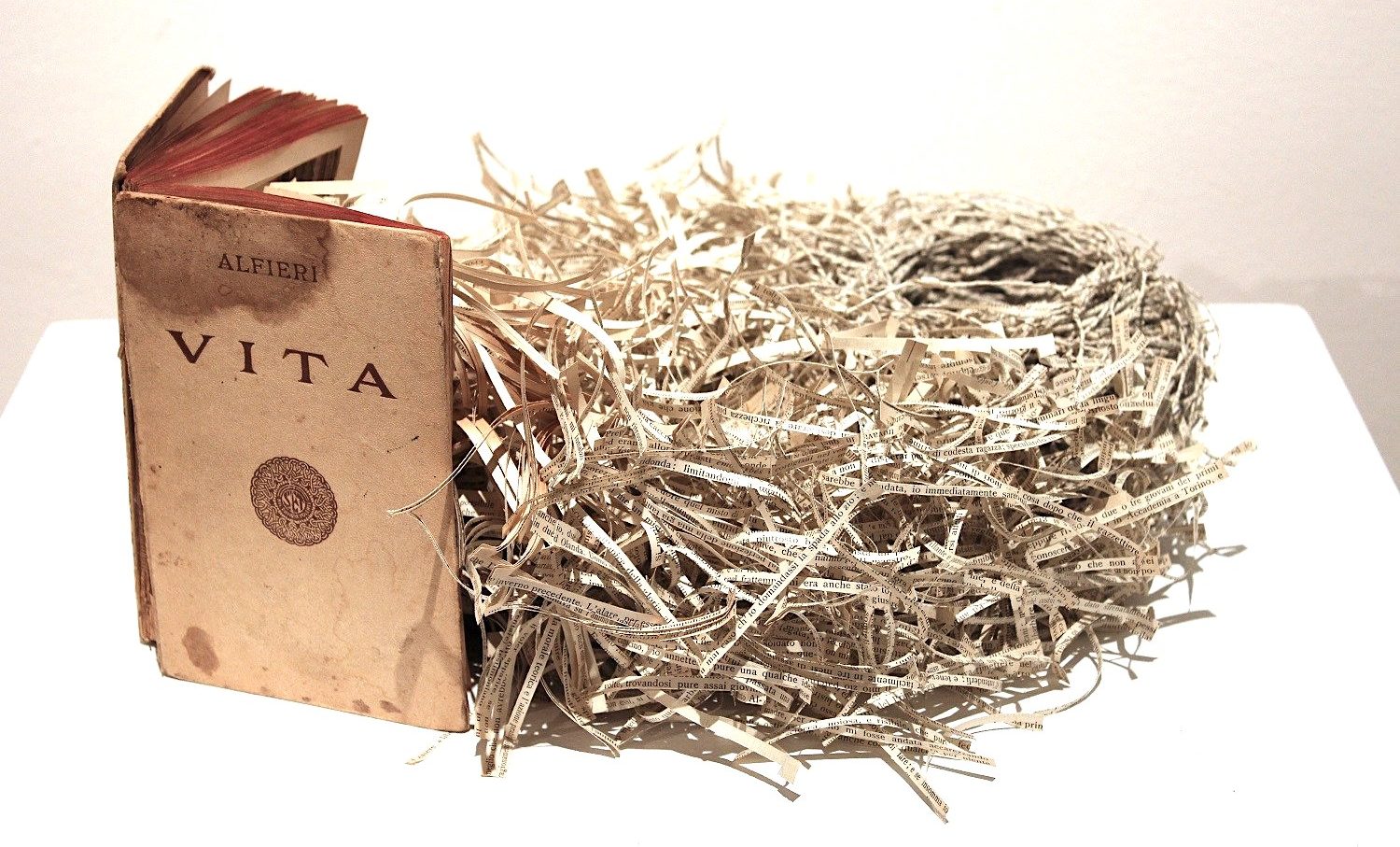 What then shall we choose? Weight or lightness? Parmenides posed this very question in the sixth century before Christ. He saw the world divided into pairs of opposites: light/darkness, fineness/coarseness, warmth/cold, being/non-being. One half of the opposition he called positive (light, fineness, warmth, being), the other negative. We might find this division into positive and negative poles childishly simple except for one difficulty: which one is positive, weight or lightness? Parmenides responded: lightness is positive, weight negative.Was he correct or not? That is the question. The only certainty is: the lightness/weight opposition is the most mysterious, most ambiguous of all.

I have been thinking about Tomas for many years. But only in the light of these reflections did I see him clearly. I saw him standing at the window of his flat and looking across the courtyard at the opposite walls, not knowing what to do. He had first met Tereza about three weeks earlier in a small Czech town. They had spent scarcely an hour together. She had accompanied him to the station and waited with him until he boarded the train. Ten days later she paid him a visit. They made love the day she arrived. That night she came down with a fever and stayed a whole week in his flat with the flu. He had come to feel an inexplicable love for this all but complete stranger; she seemed a child to him, a child someone had put in a bulrush basket daubed with pitch and sent downstream for Tomas to fetch at the riverbank of his bed. She stayed with him a week, until she was well again, then went back to her town, some hundred and twenty-five miles from Prague.

And then came the time I have just spoken of and see as the key to his life: Standing by the window, he looked out over the courtyard at the walls opposite him and deliberated. Should he call her back to Prague for good? He feared the responsibility. If he invited her to come, then come she would, and offer him up her life. Or should he refrain from approaching her? Then she would remain a waitress in a hotel restaurant of a provincial town and he would never see her again. Did he want her to come or did he not? He looked out over the courtyard at the opposite walls, seeking an answer. He kept recalling her lying on his bed; she reminded him of no one in his former life. She was neither mistress nor wife. She was a child whom he had taken from a bulrush basket that had been daubed with pitch and sent to the riverbank of his bed. She fell asleep. He knelt down next to her. Her feverous breath quickened and she gave out a weak moan. He pressed his face to hers and whispered calming words into her sleep. 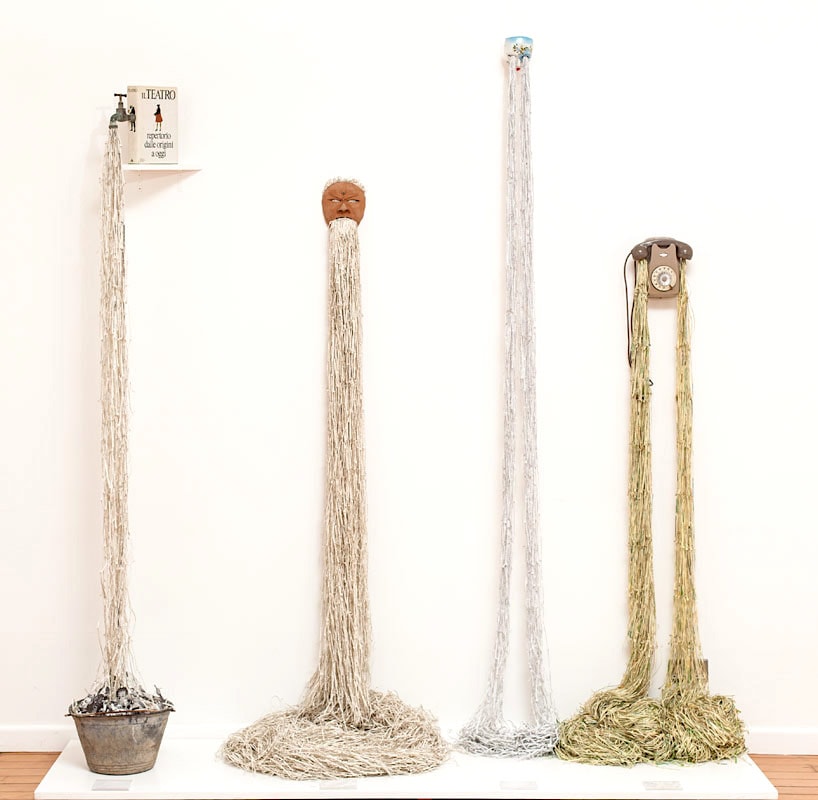 After a while he felt her breath return to normal and her face rise unconsciously to meet his. He smelled the delicate aroma of her fever and breathed it in, as if trying to glut himself with the intimacy of her body. And all at once he fancied she had been with him for many years and was dying. He had a sudden clear feeling that he would not survive her death. He would lie down beside her and want to die with her. He pressed his face into the pillow beside her head and kept it there for a long time. Now he was standing at the window trying to call that moment to account.

What could it have been if not love declaring itself to him? But was it love? The feeling of wanting to die beside her was clearly exaggerated: he had seen her only once before in his life! Was it simply the hysteria of a man who, aware deep down of his inaptitude for love, felt the self-deluding need to simulate it? His unconscious was so cowardly that the best partner it could choose for its little comedy was this miserable provincial waitress with practically no chance at all to enter his life! Looking out over the courtyard at the dirty walls, he realized he had no idea whether it was hysteria or love. And he was distressed that in a situation where a real man would instantly have known how to act, he was vacillating and therefore depriving the most beautiful moments he had ever experienced (kneeling at her bed and thinking he would not survive her death) of their meaning. He remained annoyed with himself until he realized that not knowing what he wanted was actually quite natural.

We can never know what to want, because, living only one life, we can neither compare it with our previous lives nor perfect it in our lives to come. Was it better to be with Tereza or to remain alone? There is no means of testing which decision is better, because there is no basis for comparison. We live everything as it comes, without warning, like an actor going on cold. And what can life be worth if the first rehearsal for life is life itself? That is why life is always like a sketch. No, sketch is not quite the word, because a sketch is an outline of something, the groundwork for a picture, whereas the sketch that is our life is a sketch for nothing, an outline with no picture. Einmal ist keinmal, says Tomas to himself. What happens but once, says the German adage, might as well not have happened at all. If we have only one life to live, we might as well not have lived at all. But then one day at the hospital, during a break between operations, a nurse called him to the telephone.

He heard Tereza’s voice coming from the receiver. She had phoned him from the railway station. He was overjoyed. Unfortunately, he had something on that evening and could not invite her to his place until the next day. The moment he hung up, he reproached himself for not telling her to go straight there. He had time enough to cancel his plans, after all! He tried to imagine what Tereza would do in Prague during the thirty-six long hours before they were to meet, and had half a mind to jump into his car and drive through the streets looking for her. She arrived the next evening, a handbag dangling from her shoulder, looking more elegant than before. She had a thick book under her arm. It was Anna Karenina. She seemed in a good mood, even a little boisterous, and tried to make him think she had just happened to drop in, things had just worked out that way: she was in Prague on business, perhaps (at this point she became rather vague) to find a job. 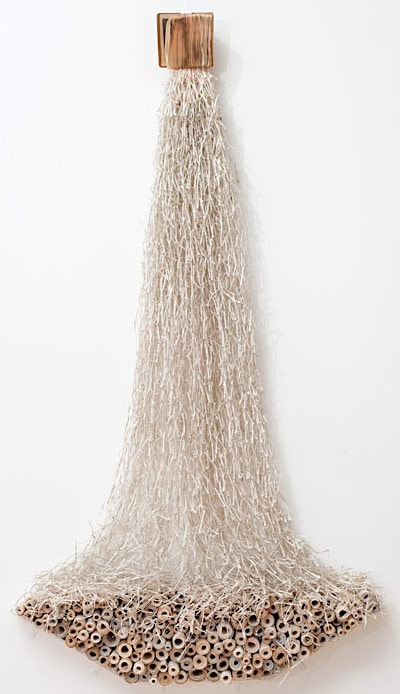 Later, as they lay naked and spent side by side on the bed, he asked her where she was staying. It was night by then, and he offered to drive her there. Embarrassed, she answered that she still had to find a hotel and had left her suitcase at the station. Only two days ago, he had feared that if he invited her to Prague she would offer him up her life. When she told him her suitcase was at the station, he immediately realized that the suitcase contained her life and that she had left it at the station only until she could offer it up to him. The two of them got into his car, which was parked in front of the house, and drove to the station. There he claimed the suitcase (it was large and enormously heavy) and took it and her home. How had he come to make such a sudden decision when for nearly a fortnight he had wavered so much that he could not even bring himself to send a postcard asking her how she was?

He himself was surprised. He had acted against his principles. Ten years earlier, when he had divorced his wife, he celebrated the event the way others celebrate a marriage. He understood he was not born to live side by side with any woman and could be fully himself only as a bachelor. He tried to design his life in such a way that no woman could move in with a suitcase. That was why his flat had only the one bed. Even though it was wide enough, Tomas would tell his mistresses that he was unable to fall asleep with anyone next to him, and drive them home after midnight. And so it was not the flu that kept him from sleeping with Tereza on her first visit. The first night he had slept in his large armchair, and the rest of that week he drove each night to the hospital, where he had a cot in his office. But this time he fell asleep by her side.

When he woke up the next morning, he found Tereza, who was still asleep, holding his hand. Could they have been hand in hand all night? It was hard to believe. And while she breathed the deep breath of sleep and held his hand (firmly: he was unable to disengage it from her grip), the enormously heavy suitcase stood by the bed. He refrained from loosening his hand from her grip for fear of waking her, and turned carefully on his side to observe her better. Again it occurred to him that Tereza was a child put in a pitch-daubed bulrush basket and sent downstream. He couldn’t very well let a basket with a child in it float down a stormy river!

If the Pharaoh’s daughter hadn’t snatched the basket carrying little Moses from the waves, there would have been no Old Testament, no civilization as we now know it! How many ancient myths begin with the rescue of an abandoned child! If Polybus hadn’t taken in the young Oedipus, Sophocles wouldn’t have written his most beautiful tragedy! Tomas did not realize at the time that metaphors are dangerous. Metaphors are not to be trifled with. A single metaphor can give birth to love. 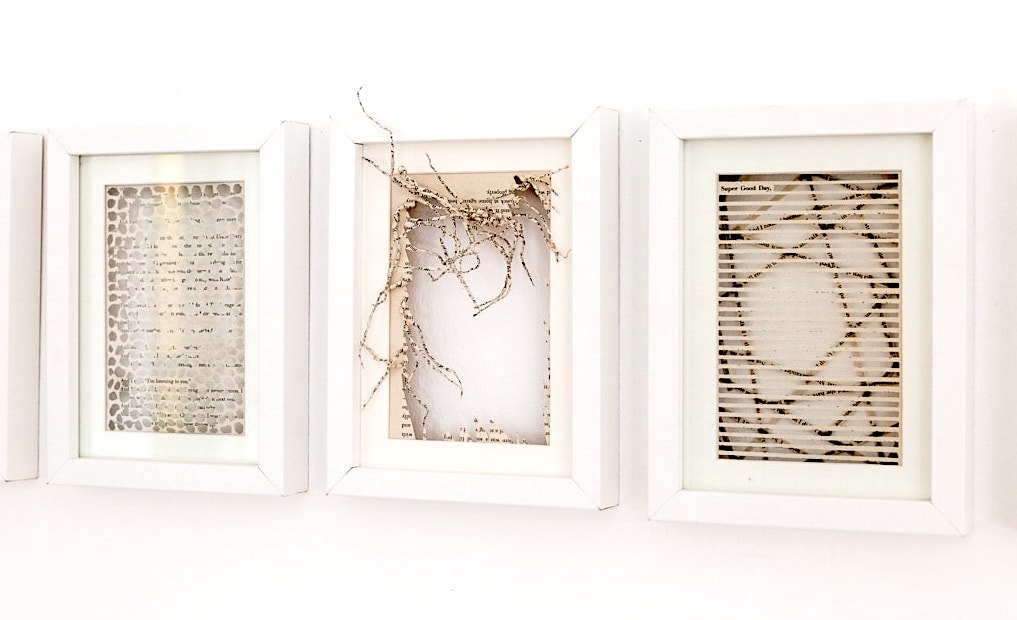