Igreja Do Carmo stands in all its majesty in the heart of Lisbon. It’s old and deprived of the biggest part of its structure, it emanates a decadent aura and yet it’s a true artwork, exactly because of its lacks. It made me think about an old queen dressed in grey, stripped of her powers, sitting in an empty Castle but still wearing her crown with royal dignity, which persists even with no people for the Queen to govern.

It’s a November afternoon, the air is fresh and the sky immensely blue; I get of at the Baixa-Chiado tram stop and I approach Largo do Carmo, the little plaza built around Chafariz do Carmo fountain, which once was the main source of water for the whole city. The entrance of the convent is a regular one: a well-kept facade that houses the wooden access door. The space behind the facade is however something unique: enormous columns that stand on a grassy stone pavement, with open sky as the ceiling. 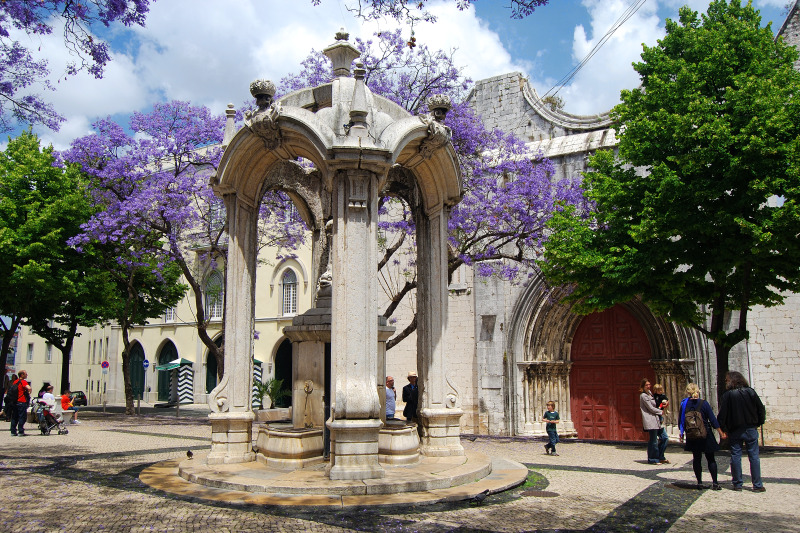 What’s the story of this beautiful old queen? Igreja do Carmo is a gothic convent, founded in 1389 for the Carmelite Order by the Portuguese knight Nuno Álvares Pereira. The funds for the construction came from Pereira’s victory in the battle of Aljubarrota in 1385, victory that also established the independency of Portugal from Spain. The glory of Igreja do Carmo had remained intact for more than 350 years, when on the 1st of November 1755 a massive earthquake befell Lisbon, killing hundreds of citizens and making the convent collapse.

The surviving part of the structure was converted into a wood store, and over the years it also served as a military base. Finally, in 1864, the Association of Portuguese Archeologists acquired Igreja do Carmo and transformed it into what it is today: an open sky archeological museum. The entrance of the MAC (Museu Arqueológico do Carmo) stands in place of the old altar; the collection includes pre-Columbian finds (including two extraordinarily preserved Peruvian mummies), Roman finds and sculptures of various origins. Amongst the jewels of the Museu there’s an Egyptian sarcophagus from the sixth century BC. 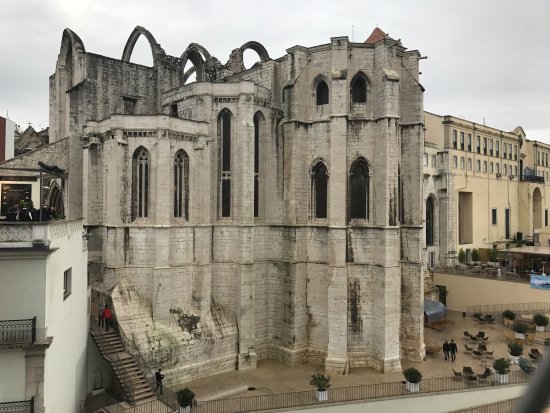 Time and the earthquake spared only the arches and columns of the convent, the rest was destroyed and never re-built. Where once stood the rosette, today the sky is framed; the stained glass windows and interior linings have gone, leaving humble bricks. Nonetheless I have to admit that this is one of the most memorable churches that I’ve ever seen, which certainly has no reason to envy other religious places in terms of spirituality and holiness. The American biologist O. E. Wilson once said: “Nature holds the key to our aesthetic, intellectual, cognitive and even spiritual satisfaction”; Igreja do Carmo gathers all these elements, its crumbling appearance has something magical, especially because the architecture is in close dialogue with nature, and if we want to picture a church as a bridge connecting heaven and earth, Igreja do Carmo is a wonderful example. As an atheist, I felt an intense feeling of peace while walking through the ruins; Igreja do Carmo didn’t offer me any revelation, but inner serenity. 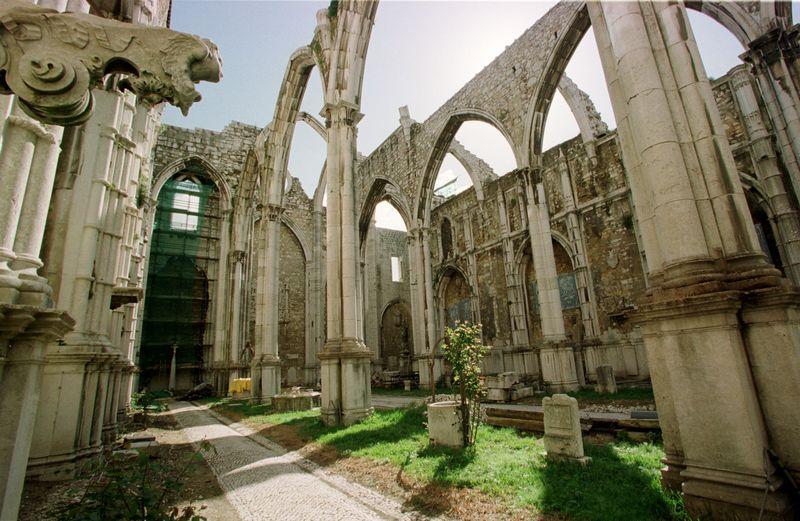 It’s strange how, sometimes, mistakes make the product more beautiful, such a set back in a well-planned trip, or a scribbled word into an ordered text. Igreja do Carmo taught me this: to see the beauty within the mistakes that are part of the human history. 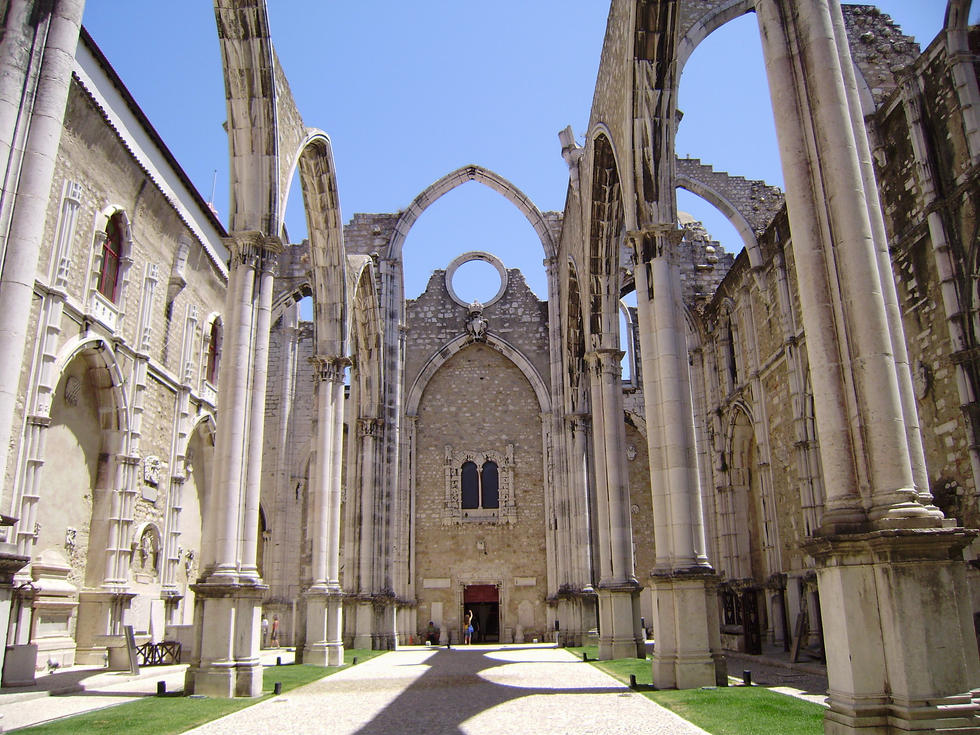